Webinar on “Potable Reuse: What Prospects for Europe?” – WRE and the WateReuse Association

Webinar on “Potable Reuse: What Prospects for Europe?” – WRE and the WateReuse Association

In recent years, potable water reuse, whether direct or indirect, has gained significant interest globally. An increasing number of facilities around the world now operate successful potable reuse processes, some for many years such as the Goreangab water reclamation plant in Namibia practising direct potable reuse since the 1960’s, or the indirect potable reuse scheme in Torreele Belgium, in operation since 2002. Although planned indirect or direct potable reuse schemes (IPR/DPR) still account for a negligible fraction of the reused water volume worldwide, many schemes are currently in planning and development phases, especially in the USA with nearly 50 Planned and constructed IPR and/or DPR projects reported by the United States Environmental Protection Agency (US EPA) in 2017. In Europe, despite a few success stories and the development of new research projects on the topic, potable reuse schemes remain thin on the ground.

In that context, on the 24th June 2021, Water Reuse Europe  and the American WateReuse Association brought together speakers from both continents who are involved in implemented – or are planning – potable reuse schemes.

Chaired by Emmanuel Van Houtte, Director of Water Reuse Europe and Craig W. Lichty P.E. from the American WateReuse Board of Directors, the participants got the opportunity to learn more about two European initiatives (i) the Jourdain: an experimental demonstrator for an IPR solution in Vendée (France), presented by Jerôme Bortoli and Julien Orsoni (Vendée Eau, France) and (ii) the Mörbylånga DWTP: Municipal drinking water from sea and industry presented by Peter Asteberg (Norconsult, Sweden). These were followed by a presentation from Troy Walker (Hazen and Sawyer, USA) and Andrew Salveson, P.E (Carollo Engineers, USA) who gave the audience and overview of the status of Potable Reuse in the United States, covering case studies, comparison of non-potable water reuse, potable water reuse, and desalination, a review of “carbon-based” and “reverse osmosis” based advanced treatment and risk management.

Overall seventy participants from 15 countries attended the webinar. Coming from various backgrounds including Universities/Research centres, Utilities; Private companies, solutions providers, SMEs, and municipalities, the participants had the opportunity to learn from our speakers’ respective experiences in the development of potable reuse schemes with a specific emphasis on regulatory approaches, risk management and  communication and discuss future needs to enable wider adoption of potable reuse across Europe’s territories.

We have included some photos of the event below. We will announce our next webinar soon, and we hope to see you there. 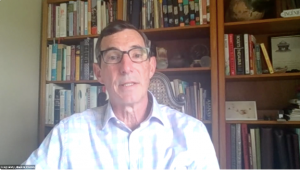 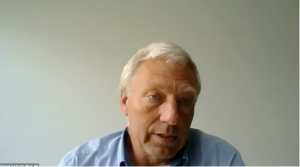 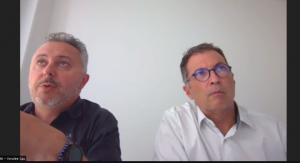 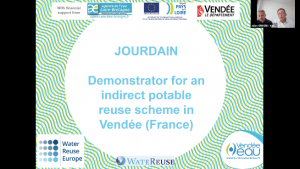 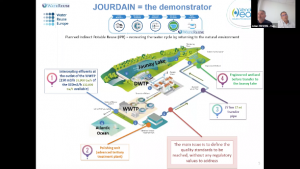 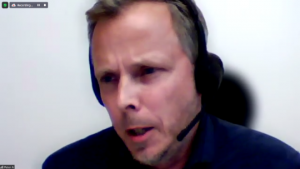 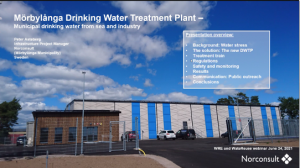 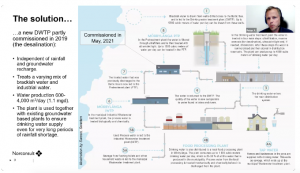 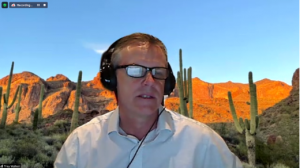 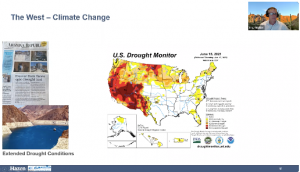 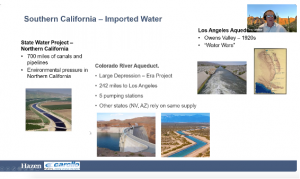 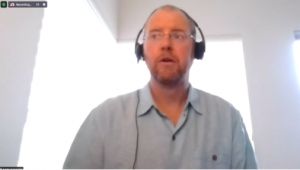 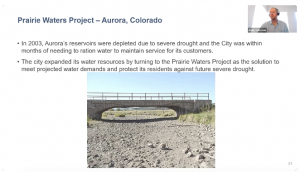 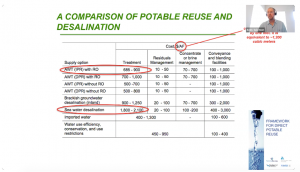