Our selection of open access publications on water reuse – May 2021

Our selection of open access publications on water reuse – May 2021 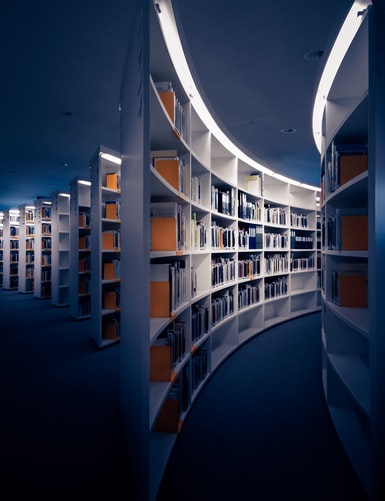 Below is our May 2021 selection of open-access articles published this quarter on the use of of electrodialysis for water reuse, constructed wetland performance for water reuse in agriculture, the potential of agricultural reuse to address water scarcity, the need for adapting reuse water reuse frameworks as small-scale technologies emerge and structuring knowledge on attitudes towards water reuse published this quarter in Desalination, Water (Switzerland), Agricultural Water Management, Water Research X and Frontiers in Environmental Science.

Abstract: Minimal liquid discharge (MLD) in greenhouses minimizes the volume of discharged wastewater, thereby increasing the volume of effluent that may be reused. Sodium accumulation in wastewater is often considered the main bottleneck to achieving 100% reuse. Consequently, greenhouses have begun adopting reverse osmosis (RO), the most commonly used desalination technology for wastewater treatment. RO removes ions from wastewater indiscriminately, including multivalent nutrients to crops (Ca2+, Mg2+, SO42−, PO43−). In contrast, monovalent selective electrodialysis (MSED) selectively removes monovalent sodium while retaining multivalent nutrients in solution. For greenhouses that have not achieved MLD, MSED has an alternative application of reducing levels of nitrate, a monovalent ion and agricultural pollutant, in wastewater for disposal. This paper investigates the monovalent selectivity and potential of the widely-used Neosepta MSED membranes and the new Fujifilm MSED membranes to treat wastewater in greenhouses for reuse or discharge. Eight effluent compositions are tested as feedwater in a laboratory MSED system. Both membranes demonstrate selectivity towards sodium and nitrate across the tested compositions. Fujifilm cation-exchange membranes remove two to six sodium ions, compared to Neosepta’s two to eight, for every magnesium ion. Fujifilm anion-exchange membranes remove two to seven nitrate ions, compared to Neosepta’s two to six, for every sulfate ion.

Abstract: Agriculture is being negatively affected by the decrease in precipitation that has been observed over the last few years. Even in the Czech Republic, farmers are being urged to irrigate their fields despite the fact that sources of water for irrigation are rapidly being depleted. This problem might be partially solved via the reuse of treated wastewater in certain agricultural sectors. However, the public perception of the reuse of wastewater remains negative primarily due to unknown risks to the environment and public health. To overcome this barrier, a semi-operated irrigation field was established at Kostelec nad Ohří in the Central Bohemian region of the Czech Republic and planted with common garden crops such as tomatoes (Lycopersicon esculentum), potatoes (Solanum tuberosum) and lettuces (Lactuca sativa L.) irrigated with two different water sources, i.e., treated wastewater from a local nature-based treatment system, a hybrid constructed wetland (HCW), and local fresh water from well. The HCW was put into operation in 2017 and was reconstructed in 2018 and includes both horizontal and vertical flow beds; the trial irrigation field was added in the same year. The reconstruction of the facility significantly enhanced the removal efficiency with respect to all monitored parameters, e.g., biochemical oxygen demand (BOD5), chemical oxygen demand (COD), N–NH4+, total N and the suspended solids (TSS), except for total P. The HCW also ensured the significant removal of several observed pathogenic microorganisms (E. coli, intestinal enterococci and thermotolerant coliforms). During the 2018 and 2019 growing seasons, we observed the significantly enhanced growth of the crops irrigated with wastewater from the HCW due to the fertilizing effect. The risks associated with the contamination of crops irrigated with treated water are not negligible and it is necessary to pay sufficient attention to them, especially when introducing irrigation with wastewater into practice.

Abstract: The use of reclaimed or treated water from urban wastewater treatment plants for irrigation has been proposed as an alternative water source to address water scarcity issues in Europe. In this paper using agro-economic modelling, we analyse if treated water available for agriculture has the potential to reduce freshwater abstraction and, consequently, water stress. Implementing exogenous treated water quantities as an additional water supply at NUTS 2 level in the CAPRI model, we found that treated water reuse is a possible alternative supply source to address water shortages with a very negligible effect on farmers’ income and food production in the EU. However, the actual water reuse and water stress reduction is very limited due to high costs. Even climate change effects on water availability and precipitation failed to induce higher use. The one-size-fits-all approach modelled via a flat rate water price only encourages the reuse of treated water in a limited number of EU member states. Thus, in order to maximise the potential of reused water to address water scarcity, different rates should be used so as to ensure higher treated water volumes at lower costs.

Abstract: Novel technologies allow to reuse or recycle water for on-site applications such as toilet flushing, showering, or hand washing at the household- or building-scale. Many of these technologies have now reached technology readiness levels that require for verification and validation testing in the field. Results from such field tests of decentralized water reuse systems have been published over the past few years, and observed performance is often compared to quality targets from water reuse frameworks (WRFs). An inspection of ten recent journal publications reveals that targets from WRFs are often misinterpreted, and the emphasis of these publications is too often on demonstrating successful aspects of the technologies rather than critically evaluating the quality of the produced water. We hypothesize that some of these misinterpretations are due to ambiguous definition of scopes of WRFs (e.g., “unrestricted urban reuse”) and unclear applicability for novel recycling systems that treat the water for applications that go beyond the reuse scopes defined in current WRFs. Additional challenges are linked to the verification of WRF quality targets in small-scale and decentralized systems under economic and organizational constraints. Current WRFs are not suitable for all possible reuse cases, and there is need for a critical discussion of quality targets and associated monitoring methods. As the scope of water reuse has expanded greatly over the past years, WRFs need to address new applications and advances in technology, including in monitoring capacities.

Title: From Acceptance Snapshots to the Social Acceptability Process: Structuring Knowledge on Attitudes Towards Water Reuse

In: Frontiers in Environmental Science

Abstract: Water reuse is considered a technologically viable option to meet the increasing demands of the domestic, industrial and agricultural sectors. Alongside challenges such as environmental health, infrastructure and regulations, water reuse is often hindered by lack of acceptance and dismissive attitudes. This paper seeks to structure knowledge about acceptance of water use. It provides a systematic look at the overall reuse challenges and social attitudes towards water reuse considering the three integrative elements of water reuse, namely the water source, the technology, and the end use. It first maps the challenges and common insights that constitute the enigma of water reuse acceptance. Later, it conceptualizes acceptance as a social process consisting of the interdependent components of public perception, politicization, individual acceptance, and use adaptation. Using this conceptual framework, solutions to increasing water acceptance stemming from different bodies of acceptance studies are reviewed. The paper reiterates the need for a nuanced view on water reuse acceptance that incorporates spatio-temporal considerations as well as knowledge from different disciplines.