The state of the sector

The state of the sector

The global market for water reuse solutions has grown significantly since the early 90s, when less than 1 million m³/d of reuse plant was installed annually, to 7 million m³/d installed capacity during 2017, and is projected to continue to expand to over 10 million m³/d by 2022.  Industrial use followed by irrigation (for agriculture and landscape) are still the largest global markets (7). Although Europe is experiencing increasing water scarcity, it represents only a small percentage of the global reuse market (best available data 2.6 million m³/day total installed capacity to 2006 compared to 30 million m³/day globally (5, 7)) and lags far behind the Americas and Asia Pacific in implementing reuse solutions. 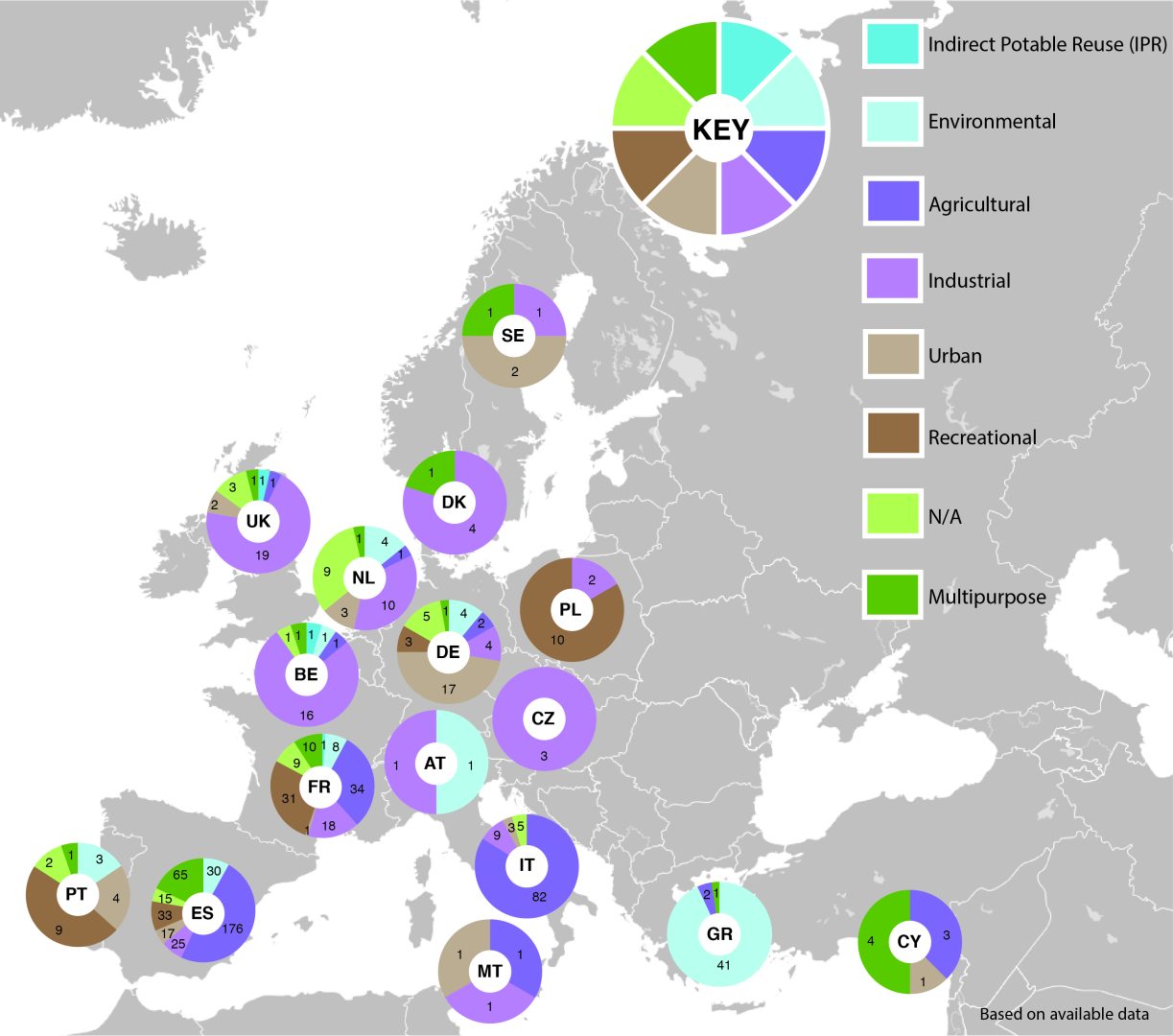 In terms of geographical distribution, 250 schemes are located in Northern Europe, with 112, 36 and 28 of them in France, Germany, and the Netherlands respectively. In contrast, 537 schemes, were identified in Southern Europe, with 361, 99 and 44 schemes in Spain, Italy and Greece respectively. Of the 787 schemes identified, 62% are located in water scarce countries such as Spain and Belgium (9). These schemes are particularly common along coastlines where fresh water resources are limited and adversely affected by environmental issues such as drought as well as over-abstraction of water due to tourism and agricultural activities. For instance, 47% of the listed schemes are located along the Mediterranean coast with over 200 schemes situated on the east coast of Spain in the Murcia, Valencia, Tarragona and Barcelona regions.  Noticeably, 17%  of the schemes were found on islands, including the Greek islands (16 sites), the Canary Islands (14) in Spain, Cyprus (8) and Noirmoutier or La Réunion (2) in France.

Identified schemes cover both non potable and indirect potable uses across the whole spectrum of possible reuse purposes from agricultural irrigation to landscape irrigation including golf courses; from industrial uses to the augmentation of water supply resources. Overall, agricultural reuse remains the most common water reuse application in Europe (39% of the schemes) followed by industrial reuse (15%) and reuse for recreational purposes (11%). The majority of the schemes classified as industrial (68%) are located in northern Europe.