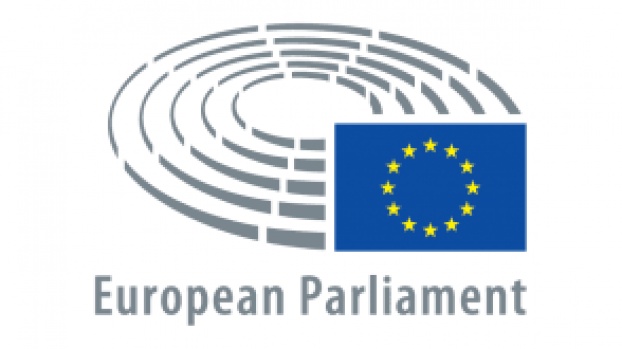 This is an important milestone in the history of water reuse in Europe: on the 5th of June, the Official Journal of the European Commission published the first European Regulation on Water Reuse (Regulation (EU) 2020/741 on minimum requirements for water reuse – Official Journal of the European Union – L 177, vol 63, p32). A new legislative tool that will officially come into force on the 25th June 2020. 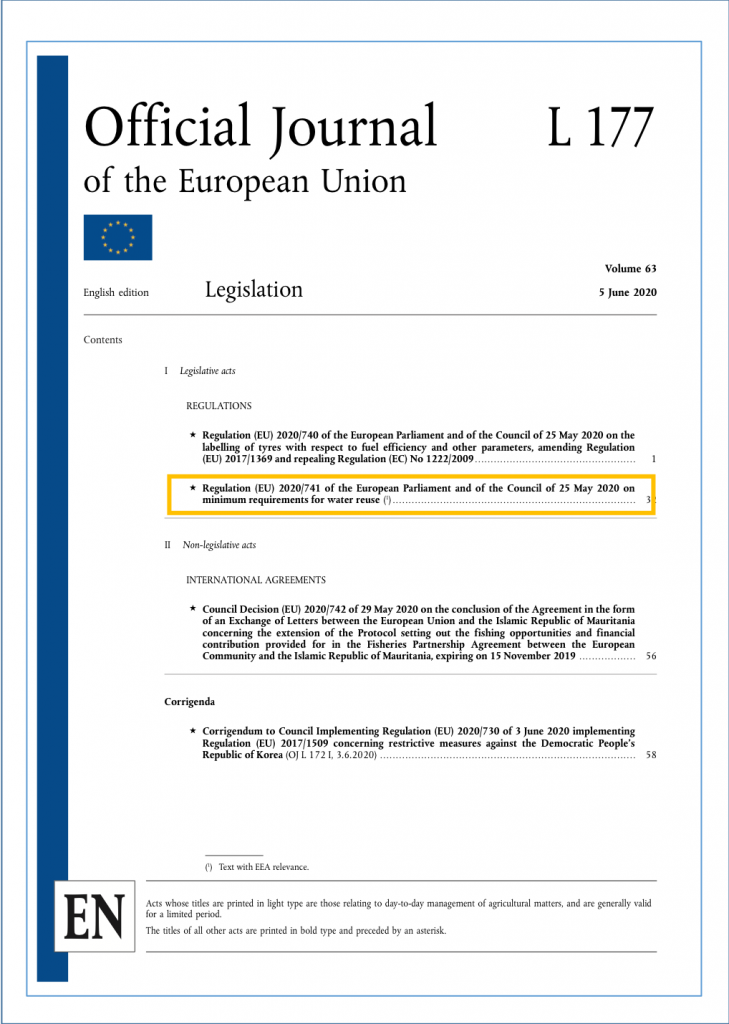 As a global phenomenon, climate change does not spare Europe and the possibility of extensive water shortages in many parts of the continent is a constant threat, especially over the summer season when other aggravating factors such as tourism provide additional pressures on water resources. In Europe, agriculture is the second largest abstractor of water (26%), but in specific regions such as Italy and southern Spain, agriculture is the main water consumer with 200 and 350 Mm3 per year respectively. Yet, only 2% of the wastewater treated in Europe is reused, well below its potential which is projected to be 6000 Mm3 per year by 2025(1). Amongst the reasons for the limited exploitation of reusable water has been a lack of pan-European guidance ensuring the safe practice of water reuse in a common manner. In that sense, the new EU regulations are set to facilitate the use of municipal wastewater for agricultural purposes by providing fit-for-purpose quality requirements across members states.

The adoption at first reading of “Minimum requirements for water reuse” on the 7th April 2020 reflected the pressing need for the harmonisation of water reuse practises across Europe. It also demonstrated a collective vision and focused effort involving stakeholders and the public through various consultations, evidence gathering and advice from members of the scientific community, and the development of numerous impact assessments. The Commission has been careful to ensure that the wider implications of the legislation for national and regional economies and agricultural systems are well understood. According to  Simona Bonafè (S&D, IT) lead MEP and vice chair of the Group of the Progressive Alliance of Socialists and Democrats in the European Parliament, this legislative tool is a “milestone towards the transition to a circular economy for water resources. In this way, step by step, [the EU] is bringing concrete results for the environment“.

And although the implementation of this new piece of legislation will not fully address the issues associated with water scarcity across Europe, it will certainly contribute to mitigating the effect of climate change on water resources by promoting water reuse in a safe and  “coordinated way throughout the Union”(2).